The PPTP, Point-to-Point Tunneling Protocol, is an obsolete method for implementing virtual private networks. PPTP uses a TCP control channel and a Generic Routing Encapsulation tunnel to encapsulate PPP packets. Many modern VPNs use various forms of UDP for this same functionality. PPTP encapsulates PPP (Point-to-Point Protocol) frames in IP datagrams and sends them over IP networks such as the Internet or enterprise-specific intranets.

The basic function of the PPTP protocol is to transmit PTP encapsulated user data packets over an IP network. The PPTP client is responsible for receiving the user’s raw data and packaging it into a PPP packet, and then establishing a PPTP tunnel between the PPTP client and the server to transmit the PPP packet. A typical application is usually a PPTP client deployed in a remote branch office or mobile office user’s PC software that they use to initiate a PPTP tunnel. The PPTP server is deployed in an enterprise center or office to receive PPTP

The client’s call, when the PPTP tunnel connection is established, the PPTP server receives the PPP packet from the PPTP client, restores the user’s data packet, and then sends the restored data packet to the end user’s computer device.

The server accessed by the remote user, the user accesses the PPTP server through the client to access the intranet. Here, the server IP can be filled in as long as it is not on the same network segment as the intranet. The following two fields fill in the range of IPs that are automatically obtained after the client accesses. 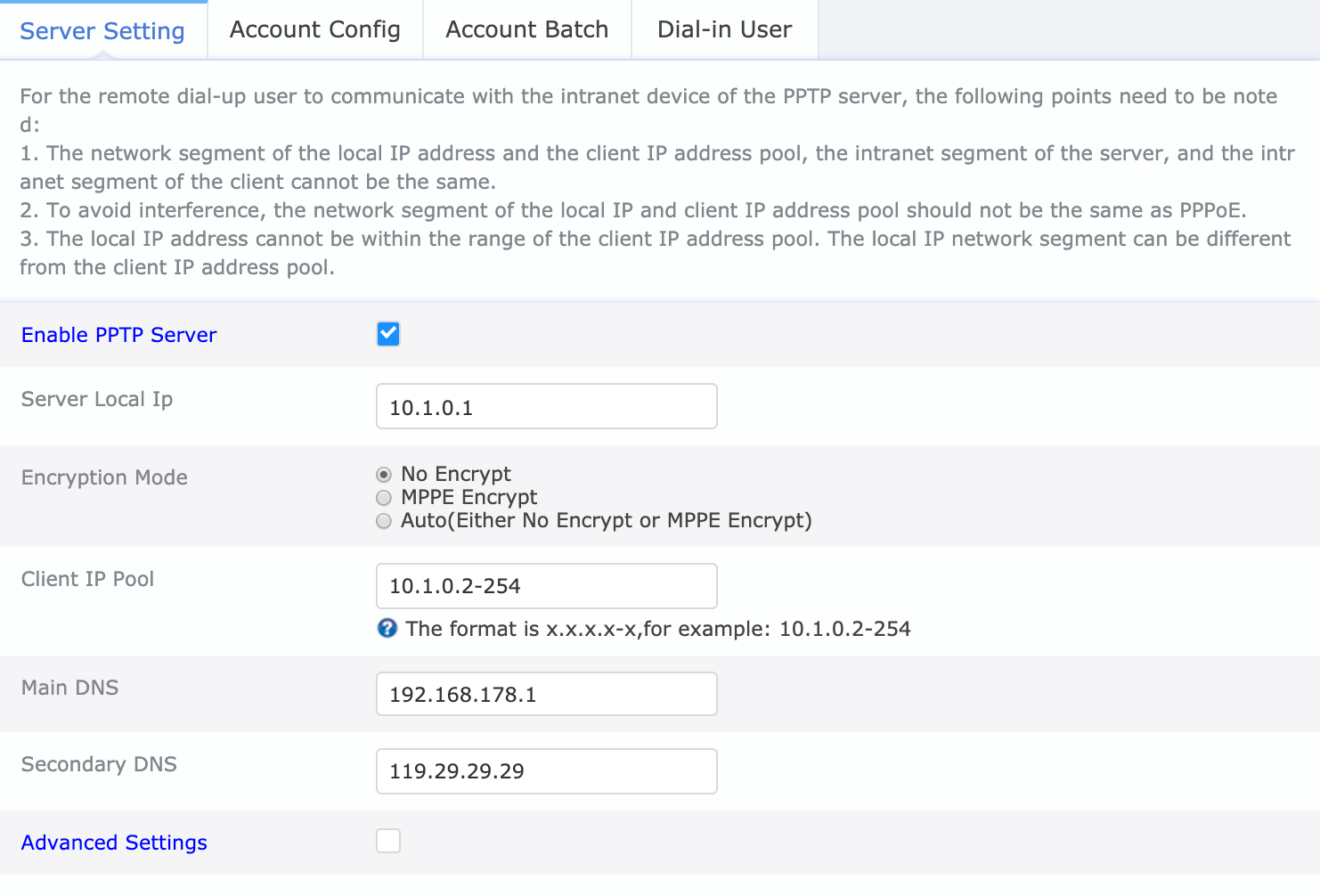 Display the user accounts that have been dialed in through PPTP.